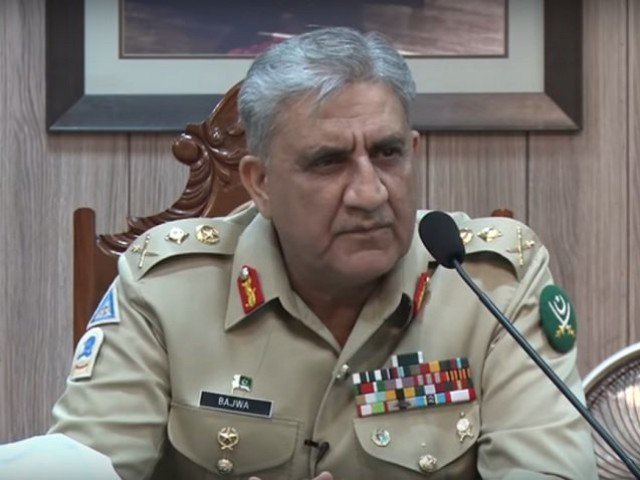 Chief of Army Staff (COAS) General Qamar Javed Bajwa reiterated on Tuesday that Pakistan was focused and determined to achieve peace and stability.

According to the Inter-Services Public Relations (ISPR), the army chief made these remarks during his visit to the National Defence University (NDU) in Islamabad where he addressed the participants of the fourth Pakistan-UK Stabilisation Conference.

During his address, the army chief emphasised upon the internal and external security situation of the country and expressed his vision of an enduring peace within Pakistan and the region.

He also highlighted the prospects of geopolitical environment, security challenges and the impact of the China-Pakistan Economic Corridor (CPEC) on the economic development of the region.

U.S blocked the sale of Jordanian F-16s to Pakistan – Reveals...

If US, N Korea can achieve peace, no reason why Pakistan, India can’t: Shehbaz