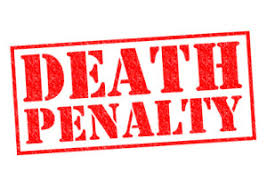 Prime Minister Imran Khan has approved of the legislation, to castrate rapists once proven guilty, and the government bodies will now introduce it to the parliament soon, the sources have confirmed.

Water Resources Federal Minister Faisal Vawda is delegated with the task of furnishing the draft bill which proposes neutering of sex offenders, sources told ARY News.
Vawda said that after the castration bill, his government will also table a bill for the hanging of such criminals. “If the hanging bill is not approved, we will get the castration bill approved, at least,” Vawda claimed.

If human rights champions do not hinder the legislation, we will get the death penalty bill for sex offenders approved.

Earlier Vawda tweeted that after meeting the parents of Marwah, a minor girl who fell victim of sex offenders last week and was found dead and dumped in Essa Nagri area of Karachi, he will even “kneel down if must, to get the legislation approved for castration.” He stressed that his “ego does not supersede the daughters of this nation”.

Senator Faisal Javed of PTI took to twitter as well, following Vawda’s bid to legalize the penalty of castration and/or hanging for sex offenders and rapists. He said severe punishments must be introduced for deterrence of such crimes. He, too, confirmed that the PTI government has embarked on this legislation and will soon table the bill in the National Assembly.

He said that the PM is now onboard for these proposals and the government will soon legislate in favour of “harsher” sentences for the heinous crimes.

For the first time ever, the Pakistan Air Force to gain...

Pakistan has just won a seat on the 54 member United Nations Economic and...