Air to air kills of the Most modern beside visual range air to air Missile AIM-120?

Air to air Kills of Most modern Beside visual range air to air missile AIM-120?

The AMRAAM has been used in several engagements and credited with ten air to air kills.
The targets included six MiG-29s, a MiG-25, a MiG-23, two Su-22s, a Galeb and a US Army Blackhawk that was targeted by mistake.

3.
The third combat use of the AMRAAM was in 1994, when a Republika Srpska Air Force J-21 Jastreb aircraft was shot down by a USAF F-16C that was patrolling the UN-imposed no-fly zone over Bosnia.

4-9:
AMRAAMs saw their main combat action during Operation Allied Force, the Kosovo bombing campaign. Six Serbian MiG-29 were shot down by NATO (four USAF F-15Cs, one USAF F-16C, and one Dutch F-16A MLU), all of them using AIM-120 missiles 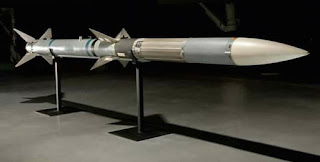 Pulwama – From Bluster to a Whimper

Deal signed between China and Pakistan for Asian most digital AAM PL-15.

Indians never miss a chance to defame and hurt Pakistan